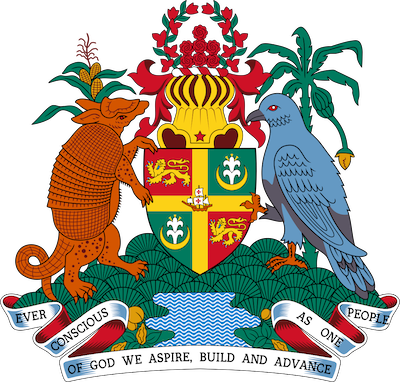 The island of Antigua was explored by Christopher Columbus in 1493 and named for the Church of Santa María La Antigua.

The island was settled by the Arawak arriving from South America in the fifth century. The Kalinago displaced the Arawak by the 15th century. Columbus is said to have passed the island on Sunday, 3 November 1493.

Before the arrival of Europeans in the Americas, Grenada was inhabited by the indigenous peoples from South America. Christopher Columbus sighted Grenada in 1498 during his third voyage to the Americas.

Christopher Columbus was the first European to sight the islands in 1493. The first settlers were the English in 1623, led by Thomas Warner, who established a settlement at Old Road Town on the west coast of St Kitts after achieving an agreement with the Carib chief Ouboutou Tegremante.

This island nation in the Caribbean Sea is the only country in the world that’s named after a woman, in this case Saint Lucy of Syracuse. French settlers were the first Europeans to arrive on the island, and gave it that name.

This South Pacific Island nation is famous for something called “land diving” that inspired bungee jumping. Men fasten plant vines to their ankles and jump off a rickety wooden platform high above the ground. The courage of these jumps, according to religious symbolism, is directly tied to the success of the year’s yam harvest.

The Greek goddess of love, Aphrodite, is said to have been born on a beach in this Mediterranean Sea Island nation.

From the eighth century BC, the Greeks were organized into various independent city-states, known as poleis (singular polis), which spanned the Mediterranean and the Black Sea. Philip II of Macedon united most of present-day Greece in the fourth century BC, with his son Alexander the Great rapidly conquering much of the ancient world, from the eastern Mediterranean to India.

"The man who moves a mountain begins by carrying away small stones."

We bring the world to your doorstep